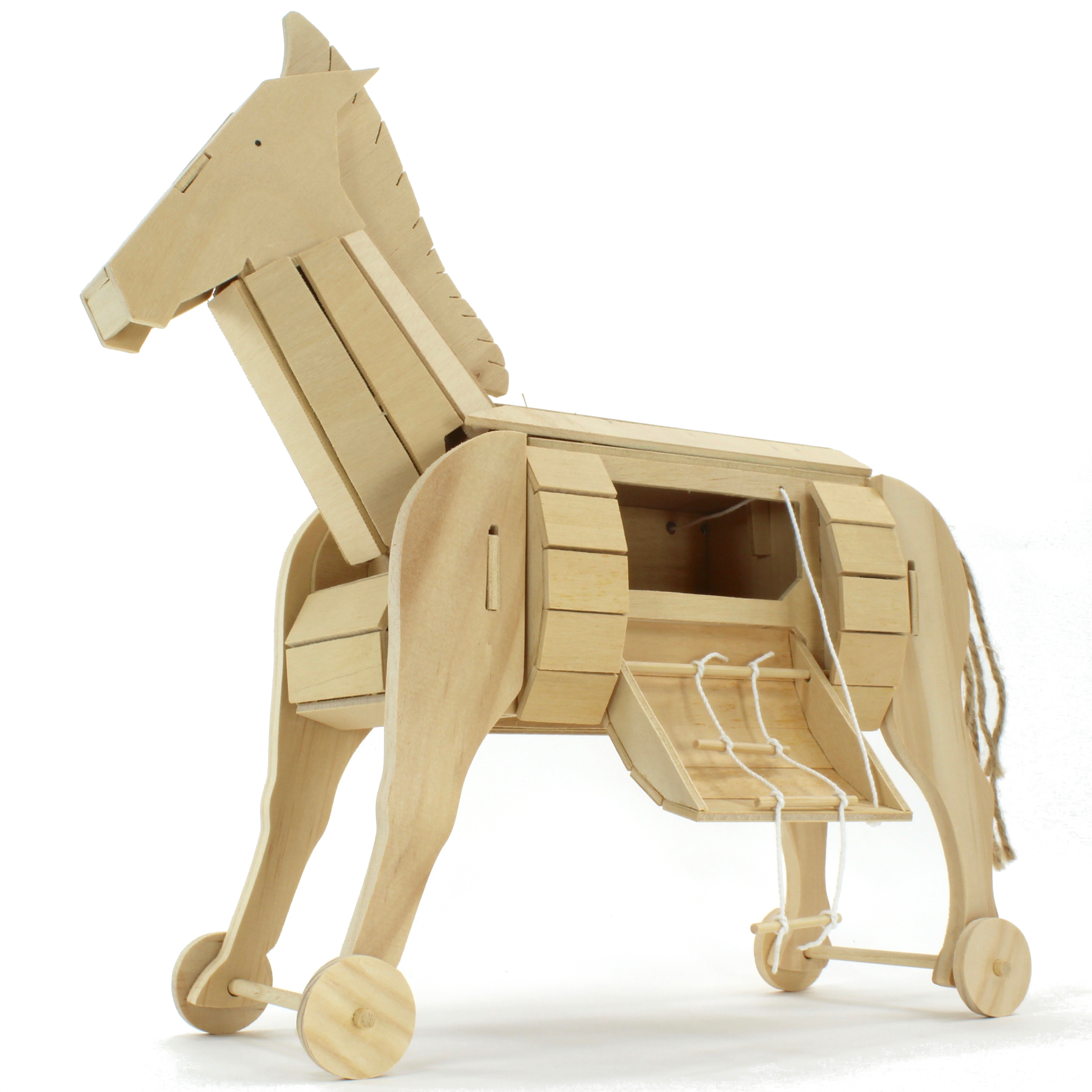 Ancient Greek legends have many references to the Trojan Horse – a huge wooden horse that was left in Troy – with warriors inside. When it was brought into the walled city, the warriors came out (late at night when everyone was asleep)and took over and opened the doors to the entrances – allowing the the Greek warriors hiding in the area (outside the walls) to overrun the city. Based on drawings and written records, this Trojan Horse model allows you to re-create one of the most epic tales of ancient Troy – although on a much smaller scale.